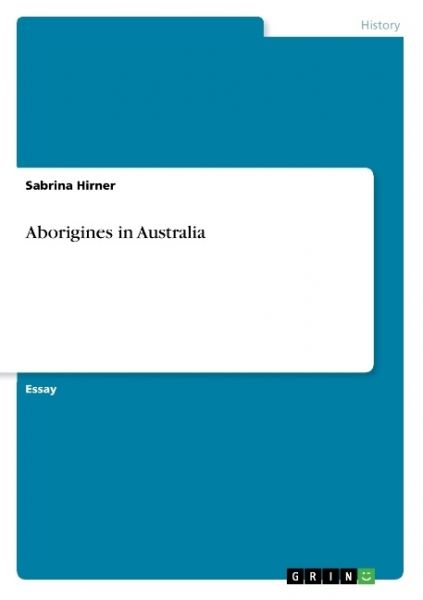 Essay from the year 2010 in the subject History - Australia, Oceania, grade: 1,3, University of Applied Management, language: English, abstract: `Aborigine is an English word, deducted from the Latin `origine` which means natives. It is the common name for the inhabitants of Australia, who lived there at the time of the arrival of the Europeans and was given to them by these `white ones`. The short version `Abo' is considered politically incorrect. The natives in the southeast call themselves 'kooris`, 'nungars` in the southwest and 'murri` in the south. Other related terms for Aborigines include indigenous people, aboriginal people, native people, first people, fourth world cultures and autochthonous.