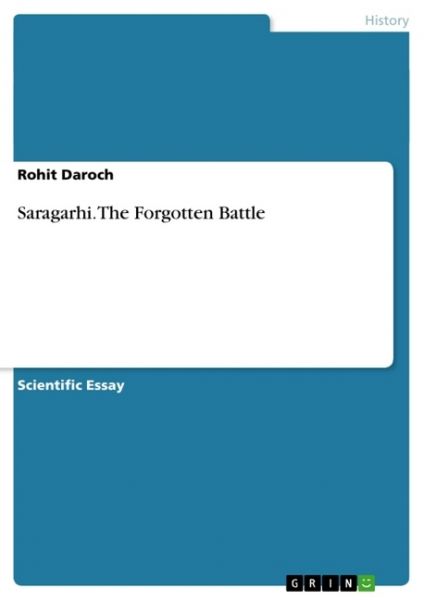 Scientific Essay from the year 2014 in the subject History - Miscellaneous, grade: 10.0, Indian Institute of Technology, Delhi, language: English, abstract: Everyone is familiar with The Battle of Thermopylae that occurred around 480 B.C. between the combined Greek forces and the Persian Army (majorly because of the fact that a blockbuster Hollywood movie "300" was made on the same) and praised the bravery and patriotism of the Greek soldiers who despite being heavily outnumbered neither retreated nor surrendered and died gloriously in the battlefield; but most of the common folk is not familiar with an even more striking account of bravery, where 21 Sikh soldiers gave up their lives in devotion to their duty, facing the incredible odds against more than 10000 Afghan Tribesmen in The Battle of Saragarhi, which is considered as one of the history's greatest Last Stands as well as published by UNESCO under the top five stories of bravery mentioning it as one of the most significant events of its kind in the world.