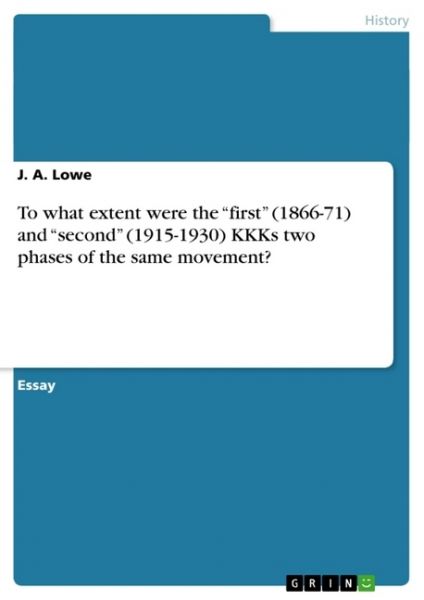 Essay from the year 2012 in the subject History - America, grade: 2.1, University of Central Lancashire, language: English, abstract: The Ku Klux Klan (KKK) has had three phases in its history. On multiple occasions it has faded away, only to return decades later. In this essay the first and second phases will be focussed on. It has been argued that the first and second phases have are two phases of the same movement. However, the two phases were certainly not this simple. In a number of areas there is evidence that the KKK expanded or changed in some way.