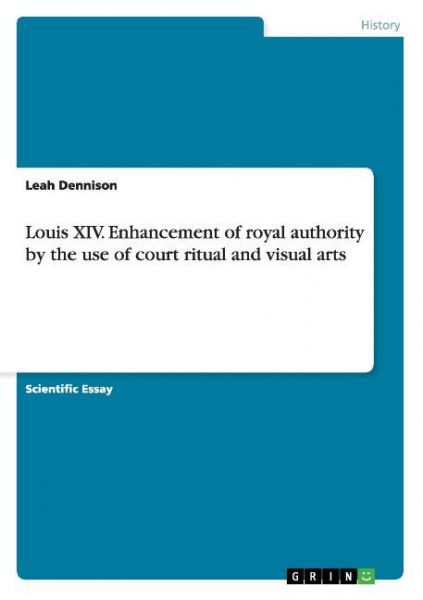 Scientific Essay from the year 2013 in the subject History Europe - Other Countries - Modern Times, Absolutism, Industrialization, grade: A, Bournemouth University, course: Stuart History, language: English, abstract: Louis XIV was known as 'the Sun King' and his control over the culture of court life at the notorious palace of Versailles and his use of the visual arts were not only ways to celebrate the rule of 'le Roi-Soleil' but also an attempt to enhance royal authority. In his 'Memoires', Louis argued that it was essential for the monarch to be constantly visible and accessible to his subjects. France in 1610 was very unstable and it wasn't until the introduction of Richelieu by 1624 that a more cohesive policy of representation could be followed. By the end of Louis XIII's reign, in 1643 France had faced much noble discontent and rebellion, there was limited manipulation of the visual arts and court ritual. This was due to the contrasting aims of Louis XIII who had to secure his position before attempting to make a decisive strategy of the delivery of his public image.