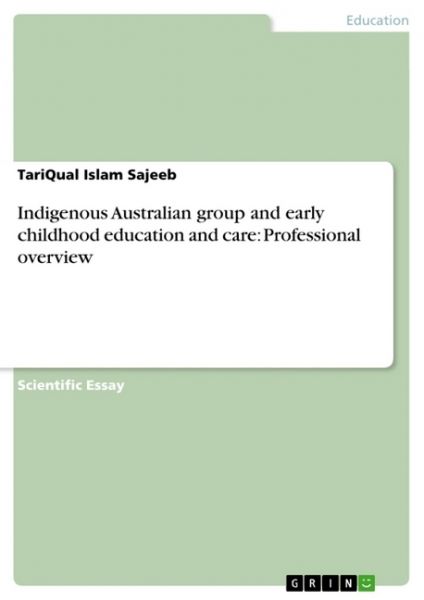 Scientific Essay from the year 2013 in the subject Pedagogy - Nursery Pedagogy, Early Childhood Education, grade: A, , language: English, abstract: Childcare is one of the priority areas for the National Development Plan and the Equal Opportunities.Concern that too several Australian youngsters, notably native youngsters, don't seem to be able to begin school has spurred a series of changes to the pre-school sector. Enclosed among these changes square measure nationwide mass mensuration and also the introduction of a unified syllabus framework along with moves towards standardized entry assessment. The pre-primary age is a particularly sensitive period in children's development. A variety of socioeconomic factors will have a major negative impact on children's psychological development and chances of success at school. These include: poverty; happiness to deprived social classes; functional illiteracy and low levels of academic attainment of parents; and spiritual traditions associated with a cultural life wherever literacy isn't highly regarded.