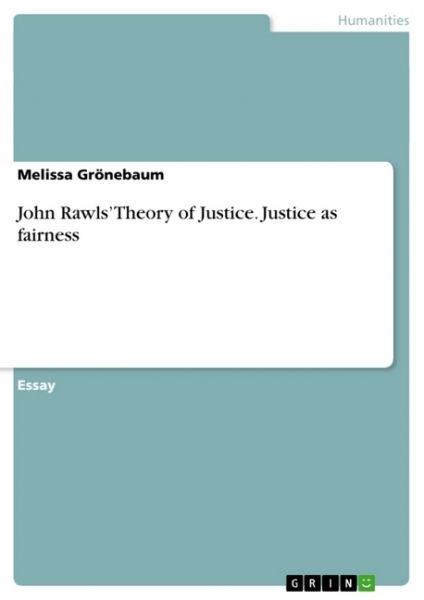 Essay from the year 2013 in the subject Philosophy - Philosophy of the Present, grade: 2,7, National University of Ireland, Galway, language: English, abstract: The Theory of Justice is one of the most important works concerning moral and political philosophy of the 20th century. In his work, John Rawls presents a widely persuasive Theory of Justice and elaborates his idea of 'justice as fairness'. Outgoing from the original position, thus defining a veil of ignorance, Rawls assumes that people would choose fundamental principles which are only for the benefit of everyone and offer no advantages for any special social groups. Rawls expects people in the original position to choose two specific principles of justice on which to found their political association. In this essay I will present these principles and Rawls' justification for their choice. Furthermore, I will assess his success and will argue for 'justice as fairness' being one of the fairest theories on the one hand, but unfortunately on the other hand likewise hard to realize.