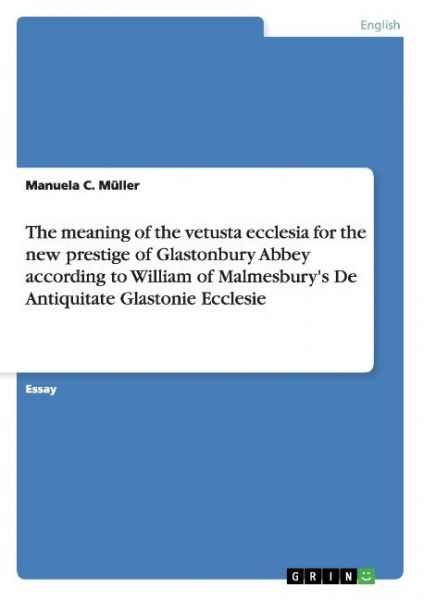 Essay from the year 2006 in the subject English Language and Literature Studies - Culture and Applied Geography, grade: 1,7, Catholic University Eichstätt-Ingolstadt, course: Die normannische Eroberung Englands (1066), language: English, abstract: To be busy with the history of Glastonbury Abbey, you have to differentiate between the
early history and the time after the Norman conquest. Especially on closer inspection of
the early history a big problem takes place: All traditions like architecture, written and
painted sources have been destroyed by the big fire of 1184. That is why the today known
early history of Glastonbury Abbey is only based on myths and sources that had been
written after the fire.
The most important is the "De Antiquitate Glastonie Ecclesie" by William of
Malmesbury.