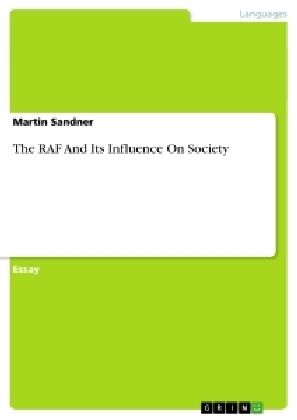 Essay from the year 2013 in the subject English - Miscellaneous, grade: 1,7, Anhalt University of Applied Sciences, language: English, abstract: Today's big issue is the NSU trial. Crime committed by right wing extremists is now focused by governmental authorities. The last terror organization with such medial attention was the Red Army Faction - a left antifascist group which performed its assaults during the late 60's and 70's. They fought against American ideologies and the Western capitalism. Although their assaults were very ruthless and brutal, they had many sympathizers, especially students. One reason was their medial appearance and popularity.