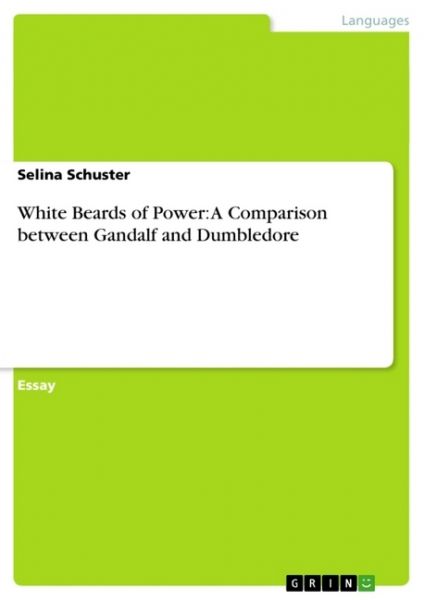 Essay from the year 2012 in the subject English - Literature, Works, grade: 2,3, University of Paderborn (Institut für Anglistik/Amerikanistik), course: ClC Advanced Essay-writing, language: English, abstract: All mighty wizards we encounter in literature usually possess one feature that immediately indicates their status as powerful sorcerers to the reader: a long, mostly white (occasionally grey) beard. A wizard simply can't be that powerful if he isn't depicted as an old man - very old to be precise - with a beard so enormous that he can effortlessly tuck its end into his belt.
This cliché of the wise old man with magical abilities derives to a large extent from the depiction of Gandalf the Grey in J.R.R. Tolkien's fantasy novel The Hobbit and it's even more famous successor The Lord of the Rings. The character of Gandalf became not only the iconic prototype for the description of wizards in literature but it influenced a whole genre, making Gandalf the uber-father of all wizards, on whose typical features many authors still rely on. This also counts for the famous headmaster of a certain school for witchcraft and wizardry. Invented more than half a century after The Hobbit, J.K. Rowling's Albus Dumbledore from the Harry Potter-series heavily relies on the well-known image of how a versed magician has to act and look like.