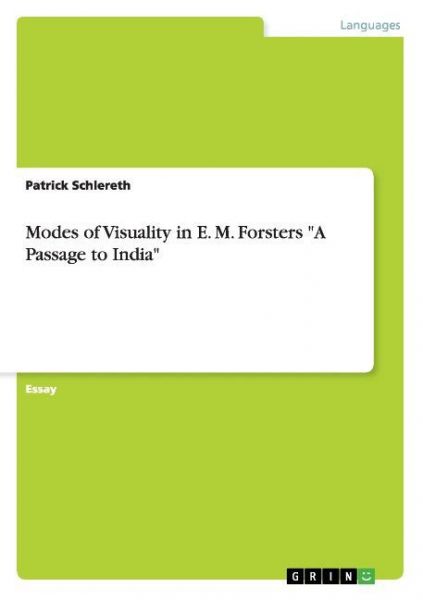 Essay from the year 2014 in the subject English - Literature, Works, grade: 1,5, University of Frankfurt (Main), language: English, abstract: Whoever tries to analyse Edward Morgan Forster's enigmatic novel "A Passage to India" has to deal with difficulties that complicate every possible interpretation: The most important events of the narrative are actually untold. Justifying these gaps merely with Forster's "dislike of the prominence of a plot in a novel" seems to be too easy, it rather seems that an analysis of these blank spaces opens up new possibilities for understanding the novel as a whole. Taking into account the importance of the gaps in the narrative, this essay examines how the author creates a world of misunderstanding by the use of shifting perspectives that first seem to produce meaning, but eventually merely emphasize that reality is always a matter of perception. A main focus of the essay are the mysterious events at the Marabar Caves that raise political tensions between the colonizer and the colonized. Taking into account that India is a place where not only race determines the hierarchy, but also gender, the role of Indian women in "A Passage to India" will be analysed as well. The conclusion summarises the important aspects and attempts to give an outlook on further questions that could be raised.