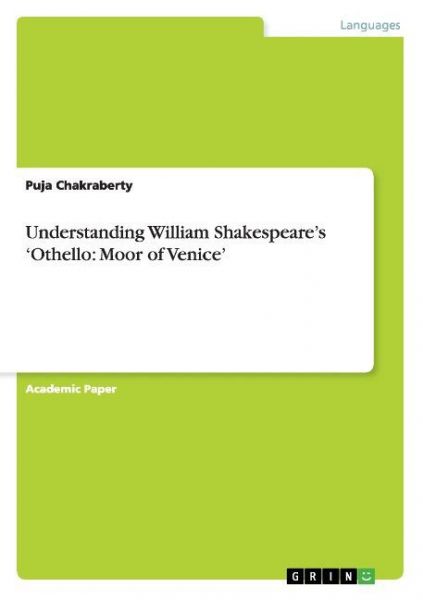 Academic Paper from the year 2014 in the subject English - Literature, Works, Ranchi University , language: English, abstract: Inroduction. William Shakespeare's classic 'Othello' is often seen as a concoction and identification of various themes, cultures and personalities. First published in 1622, and then in the First Folio (edited by Heminges and Condell) in 1623, with differences in the application of words persisting in the two consecutive editions. The play is one of the five major tragedies of Shakespeare, apart from 'Hamlet', 'Macbeth', 'Antony And Cleopatra' and 'King Lear', and is also one of the most popular. Interestingly, 'Othello' is perceived from a number of prospects, including noble versus Moorish, military versus civilian, Christian versus Heathen, good versus evil, appearance versus reality, loyalty versus treachery and civilized versus barbarian. But the present essay endeavours to show the play as Shakespeare's careful scrutinization of the two most common phenomenons- faith and honour.