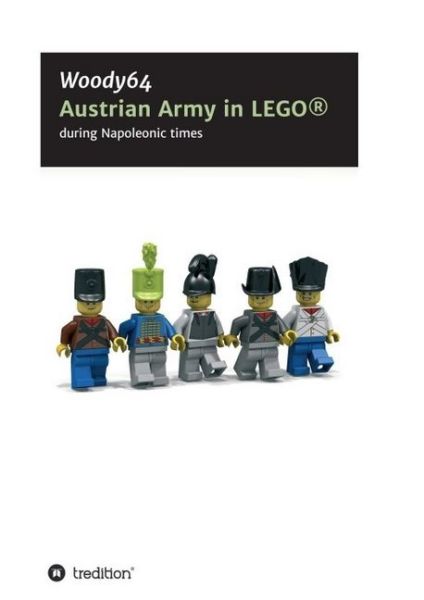 In this book you will find the recreation of the Austrian Army during Napoleonic wars with LEGO® Minifigs.
Therefore, newly designed hats (also 3d printable) and redesigned front decals representing the corresponding unit were created and used to build colourful rendered tables of the different parts of the Austrian army.
In order to round off this, some historical and military background is given, which places the pictures in a proper context and makes them also readable for non historians or teenagers.
Nevertheless it was tried to reach some historical accuracy to make that book also usable for war gamers and figure painters.