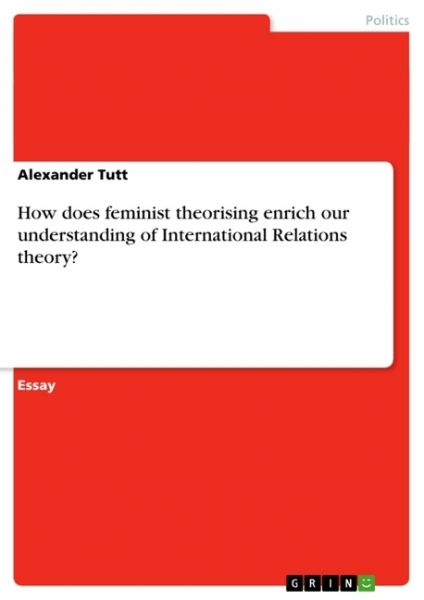 Essay from the year 2012 in the subject Politics - International Politics - Topic: History of Inernational Relations, grade: 1,3, , course: International Relations Theory, language: English, abstract: In IR theory as in everyday life, women seek to promote a better understanding of their struggle for recognition inside a male-dominated world. The 'orthodox' field of IR theory is broadly faceted, generating space for numerous, more or less practicable approaches. In order to evaluate the impact of feminism on and inside IR theory, the structure of this essay is twofold. First of all, the genesis of feminist theorising has to be examined. Hence, historical, social and political features of the feminist movement are brought into context with the evolvement of several feminist IR theories. Afterwards, a critical view on adequacy of IR feminism is taken, answering the question whether feminism achieved more than simply "the addition of sex as a variable", as V. S. Peterson (1992, p.199) provocatively put it.