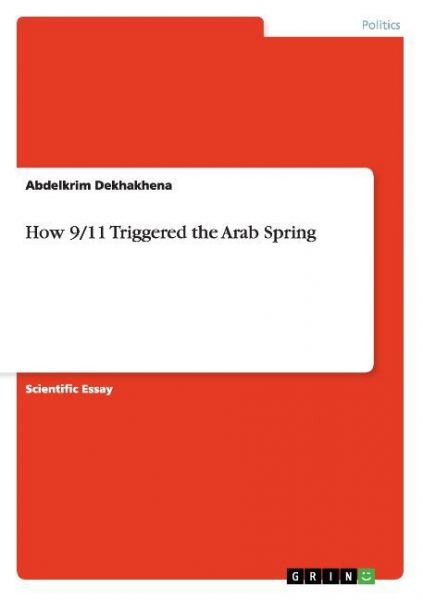 Scientific Essay from the year 2013 in the subject Politics - International Politics - Topic: Peace and Conflict Studies, Security, , course: American Civilization, language: English, abstract: Much ink has been spilt over the study of the causes and reasons behind the rise of the Arab people in what was called the "Arab spring" or the "Arab awakening" after decades of stagnancy and silence. All attempts have been overwhelmed and distorted by the concurrent conditions of the Arab world in relation to its social, political and cultural structure. Despite the fact that the Arab revolutions that swept important Arab countries by the beginning of 2011 from North Africa to the Middle East fall under such criteria, still the causes and roots of these uprisings at this very moment indicate some inherent potential drives that are the result of years of simmering. Even more strikingly, the underpinnings of the Arab revolutions can be traced also to a distrust of people in their governments and a deep understanding of the new world order triggered by the 9/11 events and the invasion of Iraq. This paper traces the impact of the 9/11 events on the Arab mindset ever since the Iraq war and how it resulted in the turmoil of the Arab revolutions.