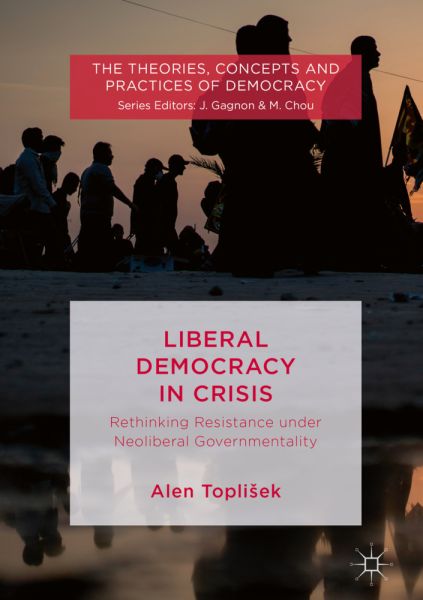 2. Understanding the crisis of liberal democracy and rethinking democratic politics

2.2 The tension between liberalism and democracy: the structural explanation

2.3 The critique of aggregative and deliberative models of democracy

2.4 Abandoning the rationalist view of politics: antagonism and hegemony

2.5 Challenging the neutrality of liberal democracy

2.6 Repoliticisation and radicalisation of democracy: post-2011 protest movements and populism

3. Understanding (Neo)Liberalism: The Relationship between the Liberal State and Free Market Capitalism

3.3 The emergence of liberal governmentality: self-limitation, political economy and bio-politics

3.4 The contradictions of the self-regulating market and the double-movement

3.5 The emergence of neoliberal governmentality and the hollowing out of democracy

4.1 A brief analysis of conceptions of crisis

4.3 Crisis as an event and temporality

4.4 Crisis as trauma and the possibility of resistance

5. Politics and Resistance as Power

5.1 The relationship between politics and power: Arendt and Foucault

5.2 How to think power differently

5.3 Thinking the relationship between counter-conduct and conducting power through institutionalisation

5.4 Interplay between politics and resistance as a vicious circle

6.1 Neoliberal governmentality after the 2008 financial crisis

6.2 Social movements and populism in times of austerity

6.3 From movement to party: the case of the Slovenian United Left

6.4 The challenges for the new radical left in Europe