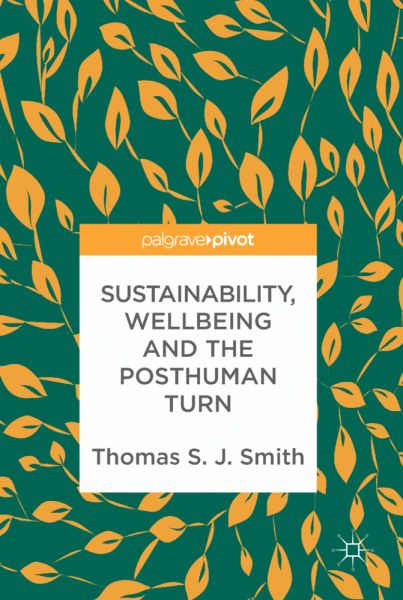 Chapter 1: Introduction Here, the problematic of sustainable development shall be established, beginning with a synopsis of 20th century environmental debates, followed by discussion of how the discourse of sustainable development emerged to bring together concerns for the environment with those regarding wealth, quality of life and inequality. I shall here review how the idea of going 'beyond growth' has become a prominent concern amongst those who question the ecological and social impacts of contemporary global economy. It will briefly examine the origins of such debates in the seminal work of green and 'steady state' economists, including E.F. Schumacher and Herman Daly, amongst others. Chapter 2: Wellbeing With the interest in transcending GDP, and mounting evidence that increased wealth hasn't translated into increased social flourishing, notions of wellbeing have come to the fore in recent decades. This has resulted in an explosion of popular and academic work on the topic, including best-selling books, dedicated journals and high-profile national statistical commissions. Influential policy initiatives such as the Kingdom of Bhutan's famous metric of 'Gross National Happiness' and Ecuador's emphasis on 'buen vivir' will also be introduced here, as exemplifying this trend. Concluding the section, the argument shall be made that the term 'wellbeing' is, amidst this proliferation, often taken for granted, perhaps more than it should be. Chapter 3: Sustainability Like wellbeing, sustainability has increasingly been made relevant in overwhelmingly abstract and quantitative terms of late, largely displacing previous philosophical and moral concerns in environmental thought, for example with regard to 'ecocentrism' and 'intrinsic worth'.
Chapter 4: The Posthuman Turn: Ecological Ethics and the Multiple Self This final chapter takes a more polemical approach, summing up what has been lost in current understandings of sustainable development, and how recent work on posthumanism and new materialism, bolstered by a feminist 'ethics of care,' could help to address this. Chapter 5: Conclusion The conclusion of the book thus re-asserts the texts main question; namely, how can the double dividend - sustainable flourishing - be reconceptualised in a way which doesn't posit a radical separation of the sovereign self-knowing human from their material environment? And what implications could this have for technocratic understandings of sustainability, which often emphasise dematerialisation and protection of an apparently-inert environment 'out there', instead of an ethos of solidarity with a more-than-human world, 'in here'?