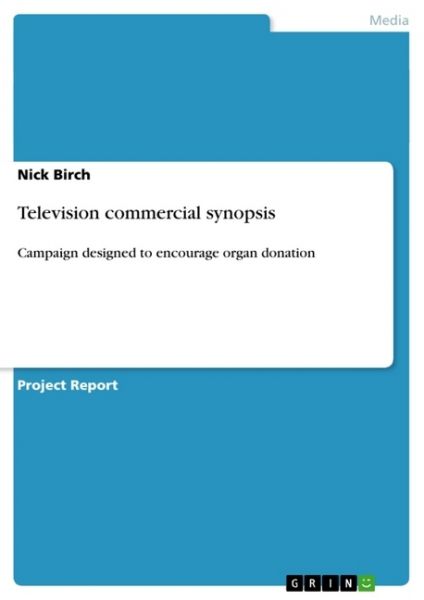 As part of the Australian Government's new national reform package, The Organ and Tissue Authority was established on the 1st of January 2009 as a nationally coordinated approach to organ and tissue donation for transplantation (DonateLife, 2009). The Australian Organ and Tissue Authority's chief executive Karen Murphy has said that 'families need to know each other's wishes about organ and tissue donation, because even if you are registered as a donor, your next of kin is still asked to give consent for donation to take place' (The Border Watch, 2009).

'DonateLife is the new brand and name for the national network of organ donor agencies that will deliver the message that every Australian has the potential to save lives' (The Border Watch, 2009). Funded by The Organ and Tissue Authority, DonateLife offers educational services, donor family support, donor/recipient correspondence and also run Australian Organ Donor Awareness Week, the largest public awareness campaign in Australia associated with organ and tissue donation for transplantation (DonateLife, 2009). The Australian Organ Donor Awareness Week's aims are to 'raise donation rates in Australia by focusing on the pressing need for organ and tissue donation, encourage families to discuss their wishes, [highlight] the success of organ transplantation in Australia; and, finally, promote the registration of consent on the Australian Organ Donor Register' (Parry, 2007, p.137).

You can watch the television commercial project here: http://youtu.be/uaH6sIIb6jQ