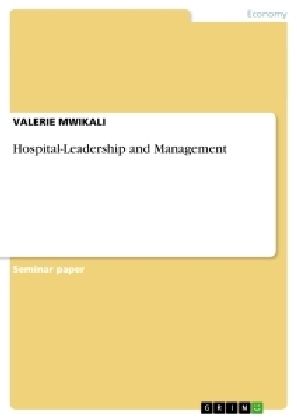 Seminar paper from the year 2011 in the subject Business economics - Business Management, Corporate Governance, grade: A, University of Cambridge, language: English, abstract: The following report analyses the different behavioural aspects and root causes, which are hampering the efficiency of the organisation. The different issues which have become part of the organisation and the different aspects of the organisation which drives these issues are identified. It also analyses the problems which may arise due to the changes, which will be required to be made in order to increase the efficiency of the organisation. The report makes recommendations by which the change process can be made conducive and easier for different employees of the organisation. The report is divided into two major parts, first identifies the problems and the possible solution, and the second gives recommendations on the ways in which the change can be implemented in an effective manner.
The major aspect of the organisation which has lead to it becoming an inefficient health service organisation is behavioural in nature. The hierarchical aspect of the organisation as well as the large gap between different educational qualifications required to run the hospital has lead to lack of respect among the employees for each other's work. This has further lead to lack of accountability and work ethics. The lack of trust and respect among the employees are the key driving factors. The quality of the overall work depends upon the seriousness with which an individual takes his responsibility and understands the role played by him. This report intends to identify the various areas in which the organisation is lacking, the causes behind it, and the ways in which it can be rectified.