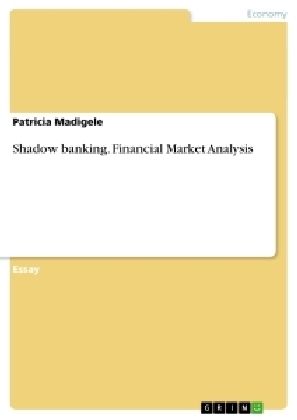 Essay from the year 2012 in the subject Business economics - Investment and Finance, grade: Honours Degree, Stellenbosch Universitiy, course: Economics, language: English, abstract: The international financial system (IFS) has grown over the past decade. One of its developments is the shadow banking system which performs roles such as maturity and liquidity transformation. The 2007/2008 global recession has once again shown that the global economy is inter-connected as the effects of the financial crisis were propagated from the US to the less developed world. This has further exposed the weaknesses in the IFS which include lack of supervision and proper regulation in the financial activity, shadow banking activities being cited as one of the key areas that lack proper regulation.This paper assesses the risks and/or concerns of shadow banking as a part of the IFS.