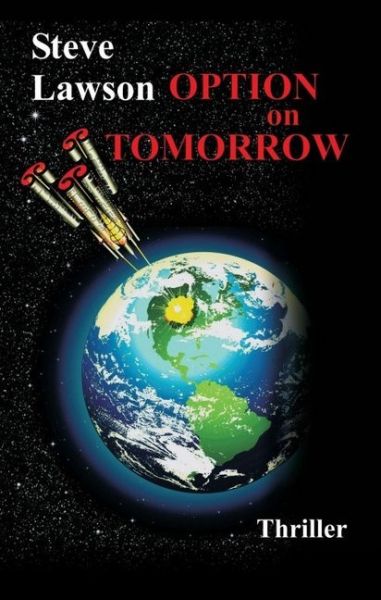 It is a nightmare even to imagine! A spacecraft equipped with deadly nuclear missiles that's parked in deep space gets into the hands of terrorists who intend using it for their own purposes. Under the command of a hate-driven former diplomat, Sir Miles Griffin, they plan an act of revenge on the USA. One of the targets is the supervolcano in Yellowstone Nationalpark. However, all efforts fail to obtain the missiles' firing codes and Griffin recruits Frank Adams, an English spacecraft engineer living in Canada. Adams, a former SAS colonel and reformed alcoholic, is the designer of the spacecraft's weapon system. On his return to England, Adams learns that his ex-wife has cancer and only a short time to live. Despite many years of separation she and Adams still love each other, and Adams vows to save her life. Learning that there might be a cure, Adams accepts Griffin's offer for arming the spacecraft, however, not trusting Griffin's motives, he agrees to work with the British Counter Terrorism Command to sabotage the project.

The thrilling and moving story that Steve Lawson presents in his space adventure gets a special authentic and realistic colour because the author is a spacecraft engineer who knows exactly what he is talking about. With his gripping novel, he wants to show what might happen sometime in the future and, thus, not only does he provide a breath-taking story but also provokes deep-thought in the reader.

NB: The manuscript of this book was granted the "Gold Star Award" by the Publishers' Desk in New York.