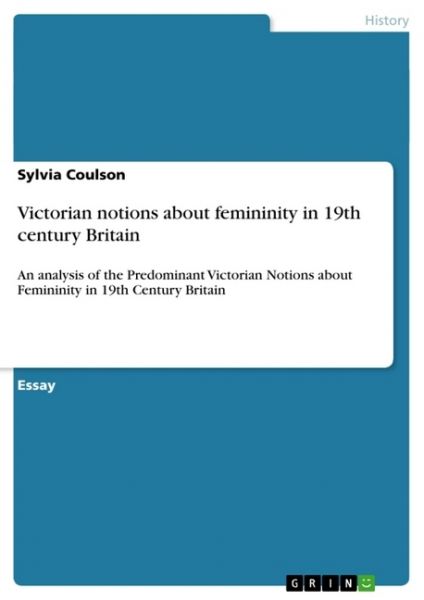 Essay from the year 2009 in the subject History Europe - Other Countries - Modern Times, Absolutism, Industrialization, grade: A, , course: Diploma, language: English, abstract: Women were perceived as unequal to men throughout the 19th Century. Before 1850, women's rights were limited. A system existed which was entirely patriarchal (governed by men). Britain was run by common law; a law which dictated that once a woman married, she ended up with no rights to anything, for example, the house she lived in, the money she earned or the clothes she wore, because they all belonged to her husband. If she divorced, even her children were taken away from her.