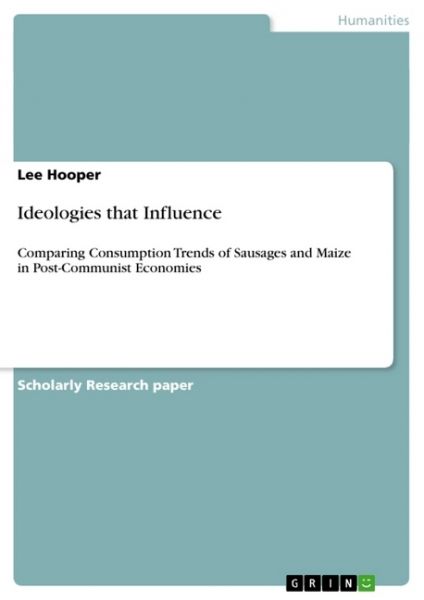 Research Paper (undergraduate) from the year 2012 in the subject Ethnology / Cultural Anthropology, grade: 1,5, Massey University, New Zealand, language: English, abstract: The link between ideology and identity has the potential to be a powerful and transforming catalyst, with food often taking on a symbolic nature outside of its original context. In the article The Soviet Sausage Renaissance (Klumbyte, 2010), the author points towards how the term 'Soviet', a word with negative connotations in post-communist Lithuania, has been transformed into a successful marketed brand of sausage. By reinventing the original association of the term Soviet, which denoted "colonization, oppression...and cultural backwardness...of the nation", the company changed it to a representation of nature and striving for the highest quality (Kumbyte, 2010, p. 23-27).