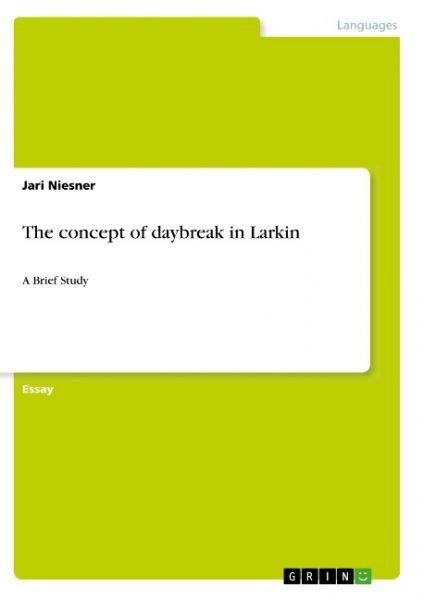 Essay from the year 2014 in the subject English - Literature, Works, grade: 1,0, University of Tubingen, language: English, abstract: "Philip Larkin, born in 1922, has been read under what are generally perceived as his major themes: death, fatalism and gloominess. However, throughout his life he had constantly been struggling with and reflecting on problems of sex, marriage, love, and living (cf. Motion, esp. 291). Publishing four volumes of poetry by the time of his decease in 1985, Larkin became known for his lucid and often sharp-witted verse as well as for being socially withdrawn, sometimes called "the Hermit of Hull", where he resided from 1955 onward."

A short overview over Larkin's oeuvre, focusing on the poems' connection with the image of "dawn" and its linkage to the poet's indecisiveness and struggle between life and writing.