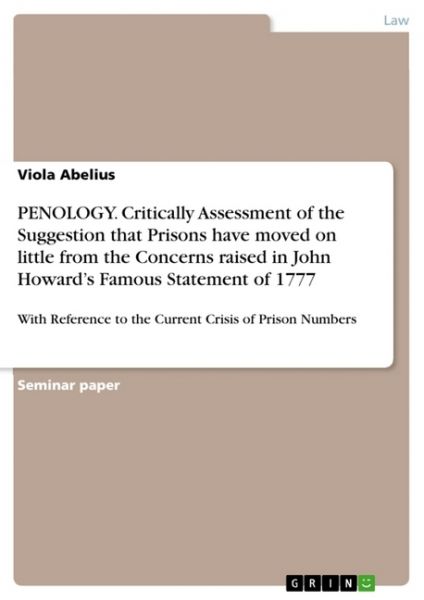 Seminar paper from the year 2008 in the subject Law - Miscellaneous, grade: 50 Punkte = 3,00, University of Portsmouth (Institute of Criminal Justice), language: English, abstract: When politician and prison reformer John Howard 1777 called prisons 'filthy and corrupt-ridden places, not fit for human habitation', he surely had no idea how much truth still would be in his words and how much this would still be an issue in the 21st century. This critique shall show the prison history from the late 18th century until today with special emphasis on the state and condition of the prisons and resulting from this the situation of the prisoners at that time within the prisons and the penal system.