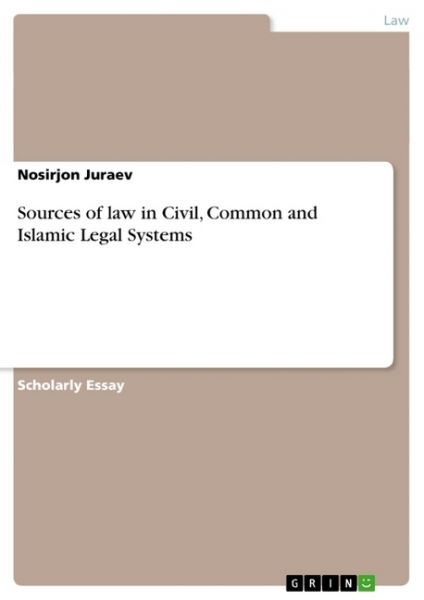 Scientific Essay from the year 2010 in the subject Law - Comparative Legal Systems, Comparative Law, grade: CIFS, , course: Level 3, language: English, abstract: The law comprises a systematic set of rules that regulates the behavior of individuals, business, and other organizations within a society1. The role of law in every country is practically the same in that they all pursue one single purpose. However, we will divide them into three major legal systems as the method of facing to the given problem or the conduct of rules differs from one country to another. Each of these legal systems namely Common (Anglo-American) law, Civil (Continental) law and Religious (Islamic) law represents the same functions, and differs from each other by the way the law enacted, or processed and the way it emerged. In this article, the importance of the sources each system has and a just comparison between the sources of these systems will be covered and the importance of the convergence theory is put forward.