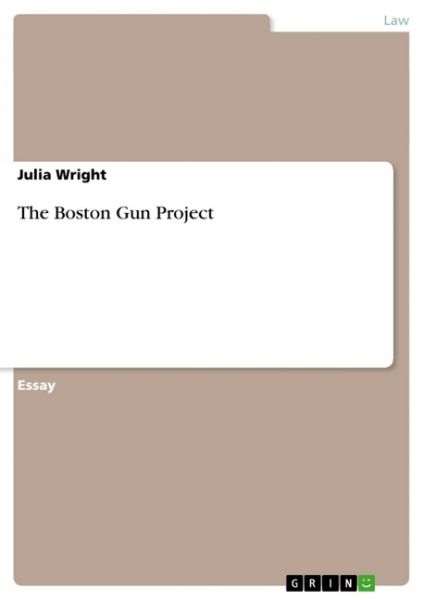 Essay from the year 2014 in the subject Law - Criminal process, Criminology, Law Enforcement, grade: 100.00, , language: English, abstract: This paper discusses the studies and research found on the Boston Gun Project, also referred to as Operation Ceasefire, which started its operation in early 1996. It discusses why the program was started and what its main focuses were. It also discusses its findings while the program was being conducted and after the completion of the program. In addition to the aforementioned, this paper also compares the Boston Gun Project to a similar program that Los Angeles, California conducted while the city was experiencing problems with violent crimes, gang crimes, and gun crimes during the 1990s. The program that Los Angeles conducted was an adaptation of the Boston Gun Project and had many similar characteristics.